The activities of the club are aimed at people, living in Seinäjoki or neighbouring areas (eg Lapua, Ilmajoki, Kuortane). Members of the association must be at least 14 years old, however there is no upper age-limit.

The purpose of the association is, to bring together and facilitate smaller groups of hobbyists who, on their own, may not have sufficient resources to operate on a larger scale. Ranka ry is not a traditional so-called “One thing association” but is better described as an organisation, offering many different activities and events.

The Ranka Association aims, to bring together people interested in both the pop culture phenomena and a more marginal alternative culture. To put it in a nutshell, it intends to act as a “networking centre” for like-minded people. The collective organises thematic events and evenings and seeks to increase the visibility of amateur groups in Southern Ostrobothnia.

The subdivisions (hobby groups) operating under the guidance of Ranka constitute the most important part of the association. These divisions are responsible for the planning and practical implementation of the association’s activities.

Are you planning a birthday party, a bachelor party or some other celebration? To reserve the premises for a private event, contact the board of the association.

Join us at Discord
discord.gg/fV9XDq5

You don’t have to be a film critic or an expert if you want to participate in the activities of the film group. You just need to be interested in movies. The movie group holds gatherings 1-2 times a month and it usually entails watching a movie. After the movie there is usually free discussion regarding any topic concerning movies.

Do you like Ilkka Remes? Biographies or fiction? Romance or non-fiction? Would you be interested in attracting a specific target group (e.g. 25-35 year-old women, paperback-readers)? Or possibly be involved in organising literary theme days or events?

“The most important thing in life is a list of Spider-Man enemies.” (according to a finnish artist Herra Ylppö) Maybe not quite that, but cartoons are still fascinating. If you like comics, be it merely as an art form or be it as a way of storytelling, this is the right group for you. You may be interested in a more specific sector (such as Marvel superheroes), or generally appreciate any types of comics.

Comic book and animation series of the rising sun! Interested in the latest hits or old classics? Ranka is looking for keen enthusiasts to fill the gap in this pop culture phenomenon as well.

Enthusiasts gather at the association’s premises on Fridays.

Whether you’re a retro collector or a big consumer of the latest NHL game, this is for you. The association needs the widest possible range of expertise. The activities of the subdivision are run in co-operation with Seiga ry. Players usually meet in the middle of the month on Wednesday evenings. These happenings can be found in the event calendar under the name “Seigalainen peli-ilta”. You’re welcome to come and plan activities with us!

The sacred trinity of traditional board games is Kimble, the Star of Africa and Monopoly. However, there are hundreds of other board games out there. We explore the world of board games and try to find the widest possible range of games.

Players gather at the association’s premises on Mondays.

Ranka also has a group for English-speaking role-playing players (eg Dungeons & Dragons). We have a constant shortage of game managers in these circles. Please let us know if you are interested in this hobby and we will look at how many players in the South Ostrobothnia region we can find.

Miniature-Figure players (e.g. Warhammer, Star Wars X-wing) also form their own group. Requiring a larger number of players than any other group, the players gather at the club’s premises in turn.

Players gather at the association’s premises on Tuesdays.

Larping is a role-playing game, where participants take on a pre-designed fictional character and experience their role. During the Liverpool game, or larp, ​​players act in the way, the characters act and pursue the character’s goals. Usually, the game world and characters are developed by the game leader, who gives a start but does not determine what the players do in the game. Whether you are an experienced larper or just interested in a hobby, you will surely find your way into the wonderful worlds of larping.

We are using cookies to give you the best experience on our website. You can find out more from settings. 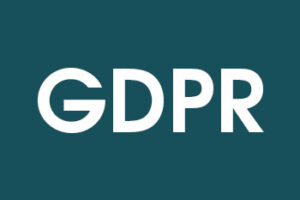 This website uses cookies so that we can provide you with the best user experience possible. Cookie information is stored in your browser and performs functions such as recognising you when you return to our website and helping our team to understand which sections of the website you find most interesting and useful.

Strictly Necessary Cookies should be enabled at all times so that we can save your preferences for cookie settings.

We also use strictly necessary cookies to test if your browser is able to save cookies. This test cookie is temporary and will be removed when you leave the site. It does not record any data from the user. You can't decline from this cookie but you can deny this site from saving your cookie settings:

If you disable this cookie, we will not be able to save your preferences. This means that every time you visit this website you will need to enable or disable cookies again.

This website uses Google Analytics to collect anonymous information such as the number of visitors to the site, and the most popular pages.

Please enable Strictly Necessary Cookies first so that we can save your preferences!

A cookie is a small file that the web server stores on the client computer or a mobile device. They are typically used to keeping track of information such as a username that the site can retrieve to personalize the page when the user visits the website next time.